Skip to main content
Biogas, prospects in the Spanish market and Danish solutions 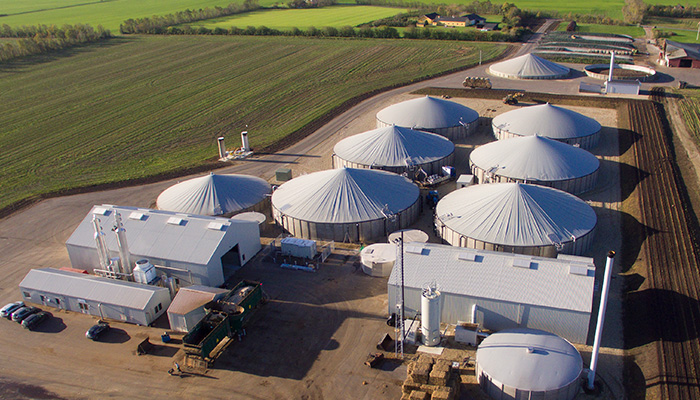 El biogas of agro-livestock origin It is a resource traditionally underutilized in Spain. While the European Union strongly promotes the transition to green gas or biomethane, as a renewable fuel for replace natural gas in your networks or for its use directly in public or heavy transport, in Spain the experiences are still scarce.

The use of highly polluting waste such as livestock manure and manure, and its combination with organic waste of agricultural, industrial, commercial or urban origin, to generate biogas in a process called anaerobic co-digestion, solve several environmental problems and waste management for public administration. In addition, this process generates a business opportunity for investors, since today in the market there are already technologies of recognized reliability, such as Danish.

Denmark has been co-digesting all the waste already mentioned in industrial scale plants for more than 30 for years, and its technologists have achieved excellence in terms of plant performance and total cost of ownership. The two largest agro-industrial biogas plants in the world are located in Denmark, and each treat more than 600.000 tons of waste per year. Currently in Denmark, a country the size of Aragon and with a swine production equivalent to one third of the Spanish, operate more than 50 industrial-size biogas plants and produce about 12 PJ of biogas every year.

La danish experience indicates that the industrial scale in biogas is essential for its success, since on the one hand it allows to optimize the logistics and production processes, and on the other it facilitates the traceability of the waste used in the process as well as that of the by-products generated a Once the biogas is removed. By-products, which have a high fertilizer value, can even be used as raw materials for other industries through appropriate post treatments.

This seminar presented the expectations of the Spanish biogas market in the coming years, and 3 Danish technologies that cover a large part of the biogas value chain.