146 MW FOR ELECTRICITY GENERATION WITH BIOMASS IN THE THIRD AUCTION 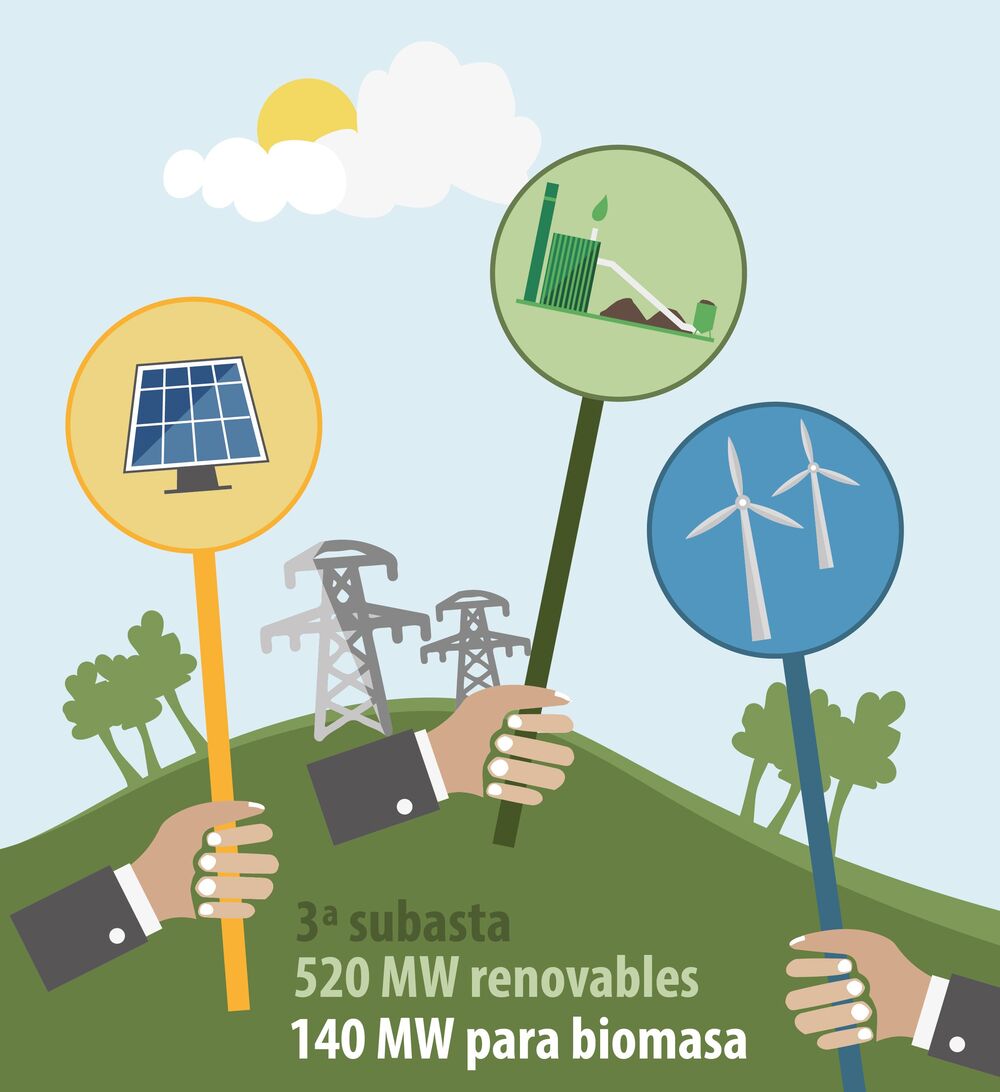 In this third auction, which was held on October 25, 2022, up to 100 MW corresponded to biomass in projects without power restrictions and another 40 MW for facilities with installed power equal to or less than 20 MW. MITECO has finally awarded 146 MW of biomass at a weighted average price of €93,09/MWh, with a maximum of €108,19/MWh and a minimum of €72,38/MWh.

MITECO points out that the prices for electricity produced with biomass are higher than those of other renewables because it is a manageable technology, which can be produced when needed and facilitates the operation of the electrical system due to its synchronous nature. In addition, it has an important added value of job creation, mainly in rural areas, and helps to manage and recover forest and agricultural waste.

Hunosa will transform the La Pereda thermal plant from coal to 50MW of biomass. The public company maintains that the new plant will maintain current jobs and create at least around 200 new jobs related to forest management and biomass treatment.

The Reolum project consists of a biomass plant with 46,1 MW of power on the old land of the La Robla thermal power plant in León, another facility in a mining region. Company sources assure that the new plant will provide important innovations that will improve both its efficiency and reduce production costs.

Finally, Acciona Energía will build its 49,9 MW biomass plant in the municipality of Logrosán, Cáceres. The company already operates a 15 MW biomass plant in this province, in the town of Miajadas, and another three, one in Briviesca (Burgos) with 16 MW, another in Curtis (A Coruña) with 49,9 MW and a third in Cubillos del Sil (León) of 49,5 MW.

Assessment from the Spanish Biomass Association

From AVEBIOM, it is estimated that the 380 MW planned by the government for the 2020-2025 period could be increased to 700 MW with plants located in the appropriate areas and close to biomass resources, both forest and agricultural: pruning of vineyards, fruit trees, straw and other agrobiomasses.

The association also defends the appropriateness of limiting power below 20 MW, since 50 MW plants require enormous consumption of biomass, of the order of 450.000 tons per year, which requires supplies of biofuel from great distances to the installation and increased competition for the resource.

On the other hand, AVEBIOM estimates that the country could house a power of more than 2.500 MW of electricity fed with the more than 20 million tons of agricultural and forestry biomass available in our country per year.

Related exhibitors
Our Exhibitors
More than 500 exhibitors will present the latest developments, products and technologies available in the international market.
Know them
Noticias relacionadas
The keys to Expobiomasa 2023
ENSO and GARCÍA-CARRÍÓN promote a new thermal generation project of 10.000 tons of biomass
Double prize for innovation in the biomass sector in 2023