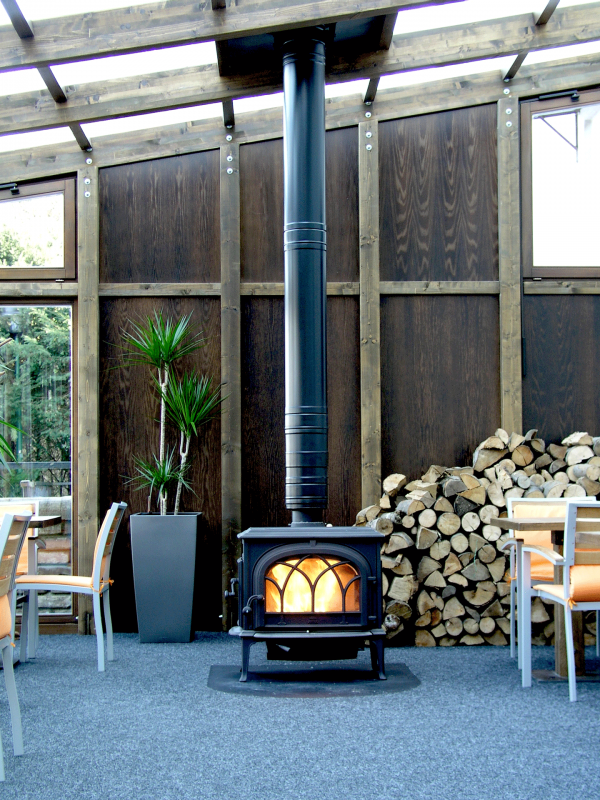 The Spanish Association of Stove Manufacturers (Aefecc) In recent days, it has presented data on an increase in sales of around 30%. "Faced with one of the biggest energy crises in Europe, manufacturers of fireplaces and stoves want to highlight the economic and environmental benefits of a great forgotten in the Spanish market", they assure from Aefecc. A year ago this association had a positive sales balance, close to 20%, caused by changes in habits during the pandemic and the greater number of hours that Spaniards spend at home. The need to update elements of the home increased the demand for fireplaces and stoves.

The president of Aefecc, Carlos Olivan: "In a country like Spain, with more than 50% of forest and scrub area, we have a great wasted energy resource, firewood. Its use can be an important alternative to the consumption of gas and electricity in homes as a source of heat supply for our homes. The technical evolution of wood stoves and boilers allow a more efficient use of it, reducing the environmental impacts of combustion and increasing energy efficiency in the storage and propagation of heat"

The use of boilers and stoves can even constitute a circular economy practice, reducing the generation of waste and the environmental impact and generating local jobs around the use of non-timber forest products (small wood, pineapples, spikes) and the manufacture of pellets.

Although currently, the consumption of firewood and pellets "is not even considered in the energy balances of the national energy plans" (which focus their balances on electrical, nuclear, renewable energy, gas, oil and coal), its use has been maintained for decades in the rural world, both in first and second homes. "This is well known in Spain emptied", highlights Oliván, who highlights that "biomass promotes energy independence, both for countries and households, guaranteeing a renewable, less polluting source of energy, in the case of new equipment that complies with European regulations of Ecodesign". With the new regulations in force there can be savings of "up to 40% in firewood and emissions close to zero".

You can read the full article at: RENEWABLE ENERGY

Related exhibitors
Our Exhibitors
More than 500 exhibitors will present the latest developments, products and technologies available in the international market.
Know them
Noticias relacionadas
K-100 wood-burning fireplace from FERLUX
Is using biomass to generate heat part of the solution to prevent fires in Catalonia?
Flat pellet stove to heat 55 m²: MIAMI model by ECOFOREST.