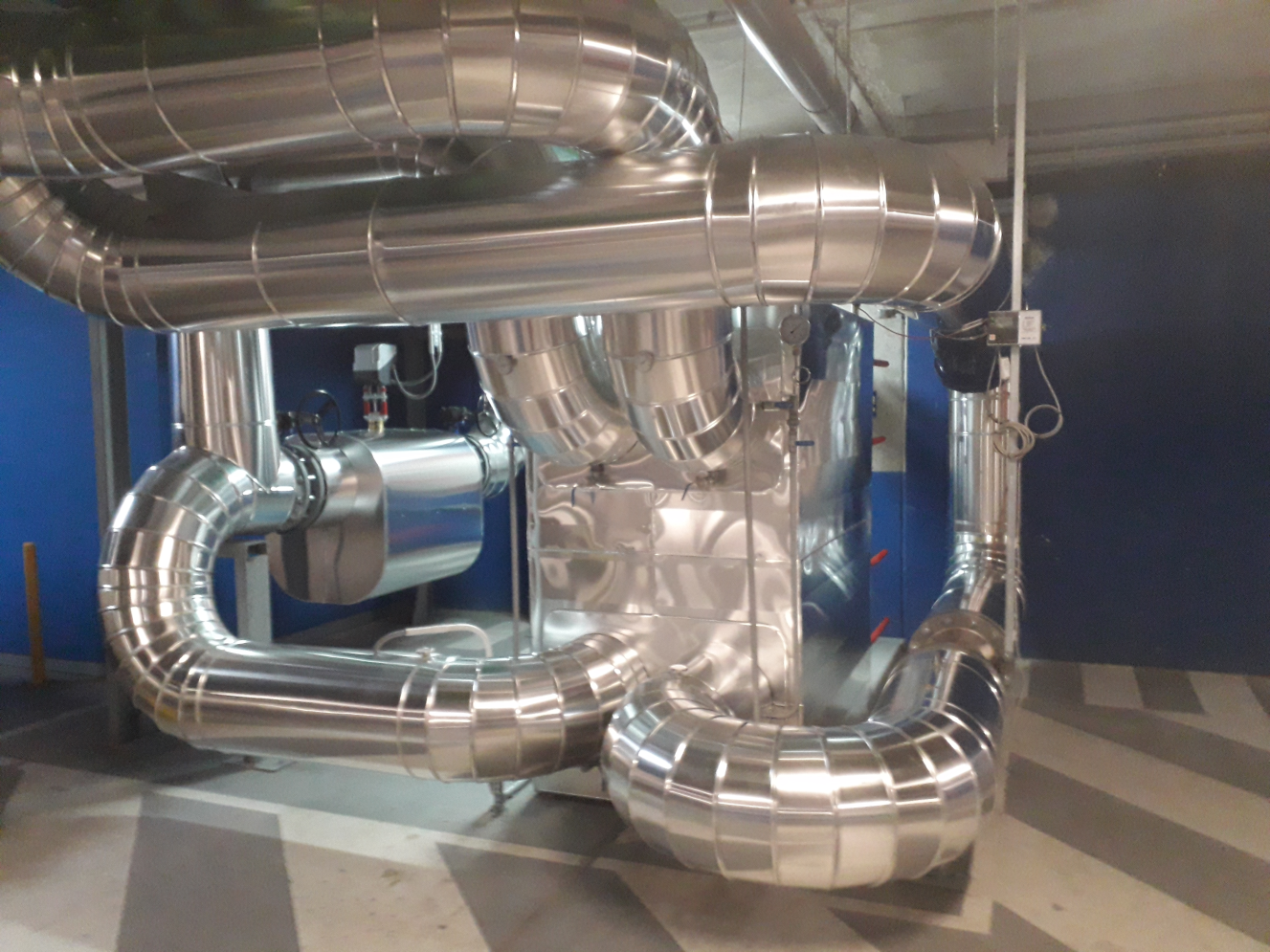 The biomass heat network installed at the University of Valladolid supplies 90% of the energy demanded by the Clinical Hospital y saves the emission of 3.000 tons of CO2 year. The complex, which demands 12 millions of kWh every year, thus becomes the Spanish hospital with the highest percentage of thermal demand served by renewable energy. The rest of the power that the building requires is serviced with the old natural gas boilers, it had 5 boilers that added 11MW. The connection was made on January 16 of 2019.

The total budget allocated for the project was 1,18 million euros, an action that is amortized against the economic savings generated while reducing the hospital's energy bill by five percent.

The connection to the heat network of the Grape involved several technical actions:

The project is part of the «savings, sustainability and energy efficiency» policy. The hospital, with 73.400 m² of surface and through which 7.300 people pass daily, now uses 90% renewable thermal energy instead of gas, avoiding the emission of about 8 tons of CO2 to the atmosphere daily.

Valladolid University Clinical Hospital has presented this candidacy for the Innovation Prize Expobiomasa 2019. More information about the Innovation Award here!

Related exhibitors
Our Exhibitors
More than 500 exhibitors will present the latest developments, products and technologies available in the international market.
Know them
Noticias relacionadas
Testo launches its new autumn campaign with two great innovations for industrial boilers and burners
19 new heat networks with biomass and one with geothermal energy in Spain during 2022
150 neighborhood communities, 18 public buildings and another six private ones are connected to the Soria Heat Network with #biomass