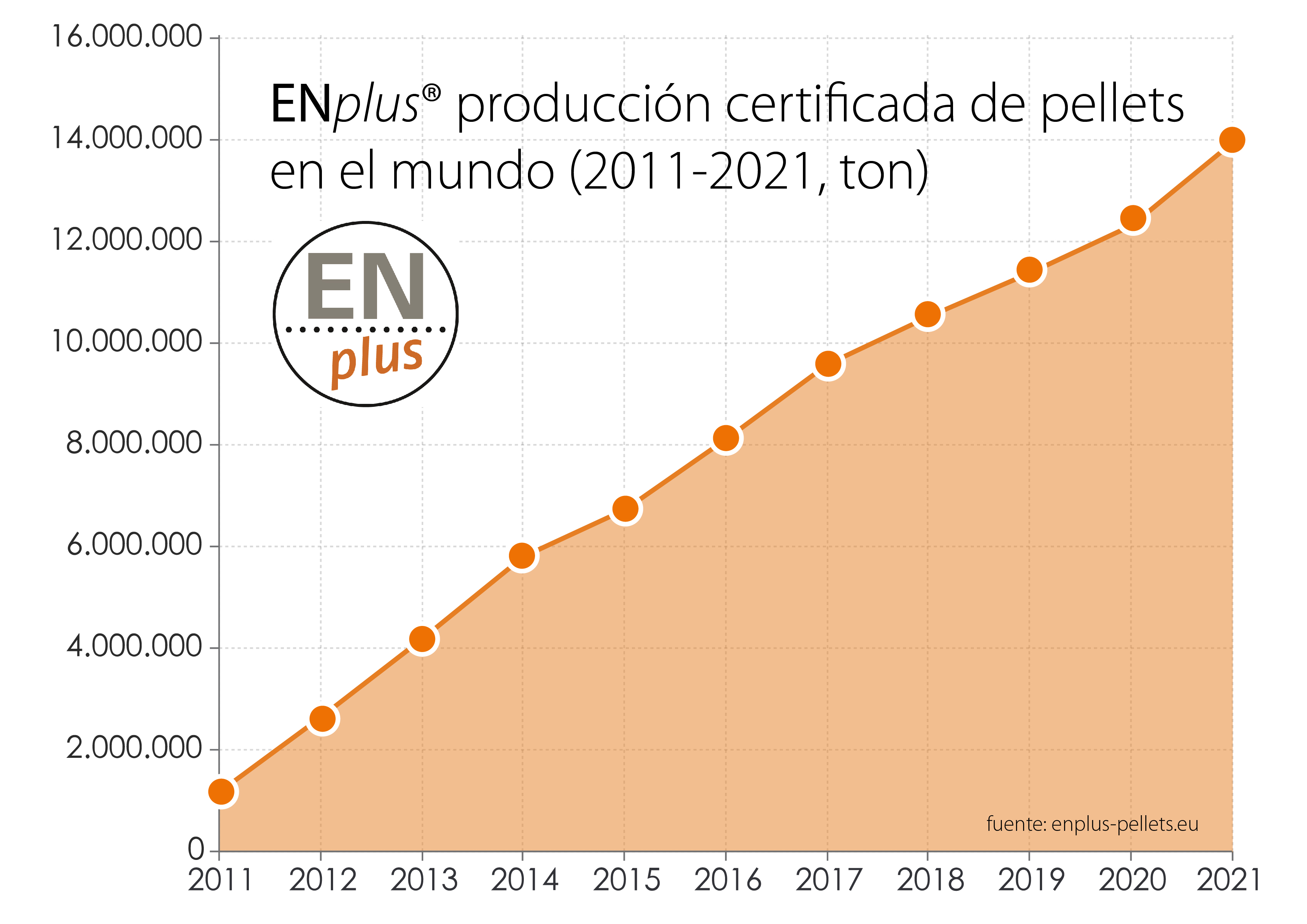 The world's leading certification system for high quality wood pellets continues to grow for another year.

ENplus® confirms that in 2020 the total production of certified pellets reached 12,3 million tons and predicts that the quantity for the current year will exceed 14 million tons, as derived from the data provided by the producers to the European Council of the Pellet.

ENplus® has just announced that it exceeds 1.100 active certified pellet producers and distributors in 47 countries around the world.

Where the certification scheme has been most extended recently has been in Poland, Ukraine and Russia; and there is also a growing interest in the system among South American pellet companies.

With more than 3 million tons, Germany remains the largest producer of EN certified pelletsplus® in 2020. Austria remains in second place followed by Russia, while Poland has ranked fourth ahead of France and Spain. All the countries in the "top 6" have increased their certified production compared to the previous year, except France.

In Spain, more than 2020 tons were certified in 450.000, 10,8% more than in 2019. Pablo Rodero, President of the European Pellet Council, indicates that our country "It continues the positive trend in Europe and the rest of the world in the use of pellets certified by the increasing knowledge and environmental commitment of citizens".

Related exhibitors
Our Exhibitors
More than 500 exhibitors will present the latest developments, products and technologies available in the international market.
Know them
Noticias relacionadas
Pellet consumption in Europe grew by 18 percent in 2021
73 pellet factories, 57 chip factories and 29 olive pit factories on the 2022 map
The Government reduces VAT for pellets, briquettes and firewood to 5 percent until December 31, 2022