Expobiomasa 2019 exceeds forecasts and receives the visit of 16.540 professionals 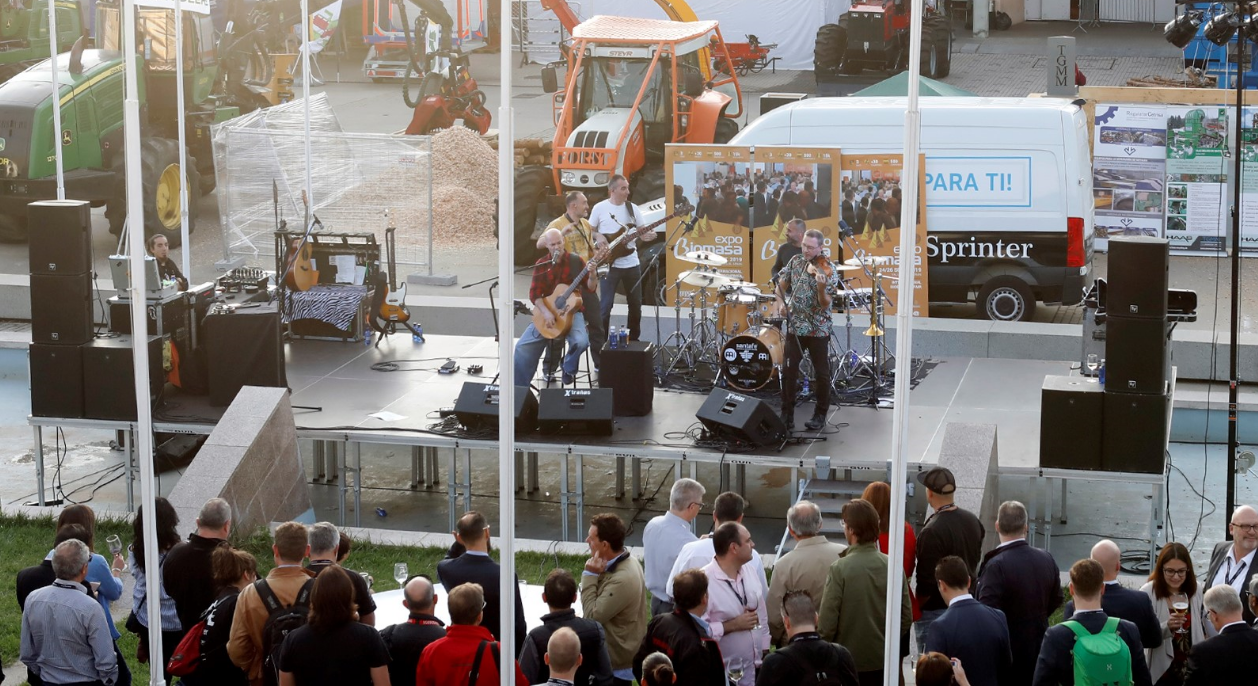 Javier Díaz, President of Avebiom: “This has been the best of the twelve editions held so far, for the quality of the offer that the exhibiting companies have brought, for the number of professionals we have received and for the volume of business generated, which far exceeds the figure of the previous edition ”.

With an influx of 16.540 professional visitors, above the figure of the previous edition, Expobiomasa 2019 has clearly exceeded the forecasts of the organization, which had calculated more moderate data due to the reduction of the number of days of the fair, from four to three, in relation to the of 2017.

Although at the end of the fair the estimate of the generated turnover, the first data point to a figure significantly higher than that of 2017, which stood above 17 million.

Expobiomasa 2019 has brought together 540 exhibiting companies from 30 countries, which have shown the latest technological developments in the sector, in a total of 28.000 square meters of the fairground of Valladolid, which makes this fair the most important event in southern Europe.

The best of the twelve fairs held

Javier Díaz, president of the Spanish Association of Energy Valuation of Biomass (Avebiom), organizing organizer of Expobiomasa, assured that both he personally and the entire organizing team “we are very satisfied with the development and results of Expobiomasa 2019, which has been undoubtedly the best of the twelve editions held so far, for the quality of the offer that the exhibiting companies have brought, for the number of professionals we have received and for the volume of business generated, which far exceeds the figure of the edition previous".

According to the president of Avebiom, "the sector faces this season with optimism, with relatively high sales expectations."

And this is due, he added, to two fundamentally factors. “First, to the fact that the biomass alternative has penetrated society as a solution to the needs of heating, domestic and industrial, with a clean, renewable fuel, which takes advantage of a local raw material that cannot be relocated and offers a cheaper and more stable price. And secondly, for the Fossil fuel price volatility, which have shot again in recent weeks. ”

The guest country and protagonist of Expobiomasa 2019 has been Finland, at whose stand they have been held around 400 bilateral business meetings Among the 26 companies present at the fair, the most advanced in the country, and more than 70 companies and professionals in Spain.

Addition II Finnish Hispano Biomass Seminar - in which the president of Bioenergy Europe, Hannes Tuohiniitty has participated -, this edition has hosted conferences such as the International of Pellet Market Domestic biomass in Chile, as well as four more technical ones on boilers, stoves and chimneys; the manufacture and production of biofuels; industrial boilers and district heating; and the technological keys for the use of heat with agrobiomass in small power.

Noticias relacionadas
Spain and Canada seek greater collaboration in the bioenergy sector
The Spanish Biomass Association maintains the celebration of EXPOBIOMASA on its scheduled dates, from September 21 to 23, 2021
Expobiomasa exhibitors are confident that they will be able to hold the next fair safely for everyone
Related exhibitors
Our Exhibitors
More than 500 exhibitors will present the latest developments, products and technologies available in the international market.
Know them