Expobiomasa, the European meeting of the biomass in 2019 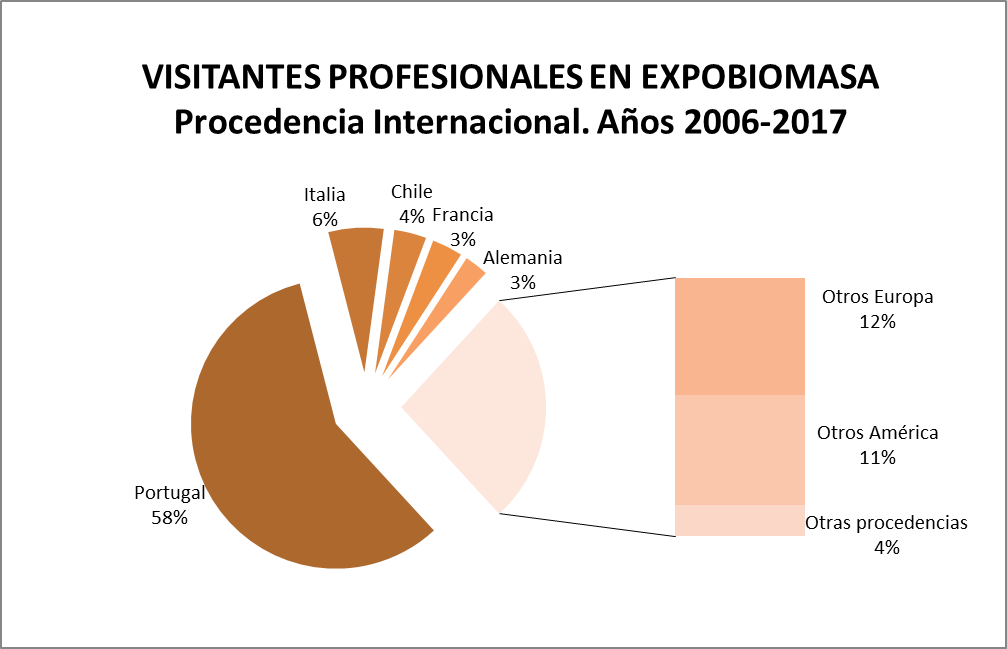 Next edition of Expobiomasa will gather 15.000 visitors from 40 countries on 24, 25 and 26 of September in Valladolid.

From its first edition in 2006 to the last one in 2017, more 143.000 trade visitors have visited the fair, of which 9% came from different countries of the world -94 registered backgrounds-.

Most of the professional 10.000 that came from Europe were Portuguese; by proximity and because it is your "moment" to contact suppliers and find appropriate solutions to the evolution of the sector in your country.

In the next edition, Finland will be the guest country and will have a special day for their companies, as has already happened with Portugal, Austria and Denmark. Finland has already been present in previous editions of Expobiomasa with the aggregate participation of several companies. Even in the first edition of the fair, the first Finnish Hispano Seminar was held as a previous event.

The international success at European level of the event, organized by the Spanish Association for Biomass Energy Valorization, is due to the support and collaboration of entities such as the European Biomass Association, the World Biomass Association, the Commercial Offices of the Embassies from Austria, Portugal, Denmark, Finland, Czech Republic, Poland, Germany, Sweden, France, Italy, among others.

And also thanks to the collaboration of specialized international media and European events together with those that we promote trade missions, such as Elmia Wood (Sweden), EnergieSparmesse (Austria), Bois Energie (France) or Progetto Fuoco (Italy).

According to official statistics on Spanish international trade (DataComex) and other official sources, the headings in which stoves, inserts and biomass boilers are added are evolving positively in the last 10 years. 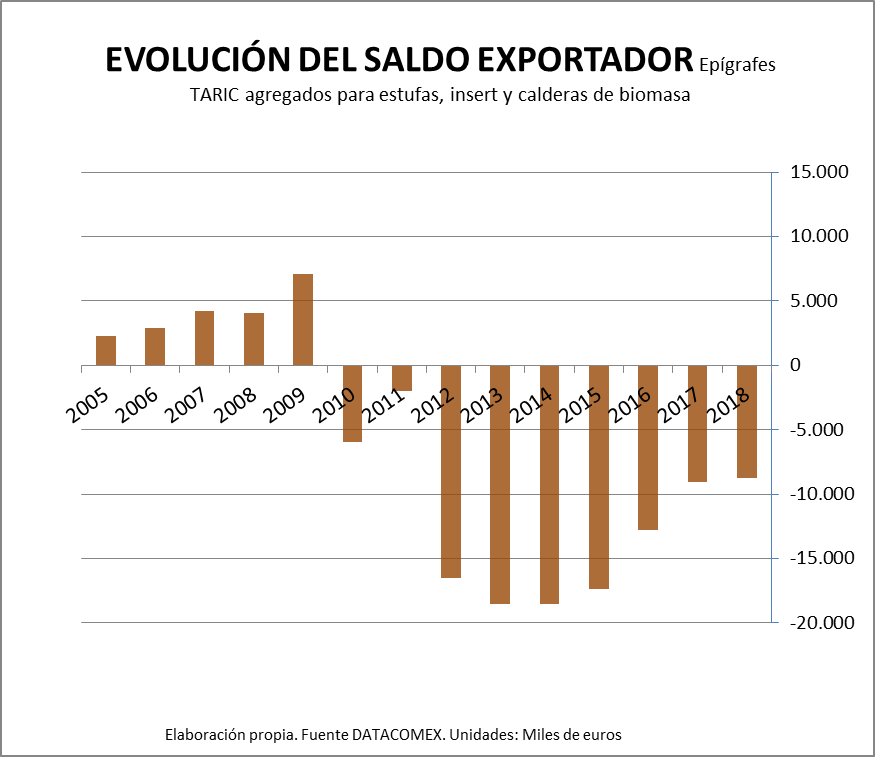 Although Spain exports equipment, especially to France and Portugal, it is still a host country of biomass technology and equipment. It mainly imports from Italy and China, although imports of equipment from Portugal, Austria, Denmark, France or Belgium are significant.

This situation of export balance has become negative, it is understandable due to the notable increase in new biomass facilities in our country in recent years.

The presence of Spanish firms is the majority, with more than 800 brands in total since the first edition of the event. It is also worth noting the participation of 154 Italian firms, 89 of Portugal, 80 German firms, 54 Austrian and 41 Danish exhibitors.

Like those from Europe, many Spanish companies have taken advantage of the event to increase their international business, bringing solutions and technology to professionals not only in Spain but also to those from almost one hundred countries.

Because of this international character, in addition to its technological specialization for the energy use of biomass, Expobiomasa is recognized by the Ministry of Industry, Commerce and Tourism of the Government of Spain as an international fair.

Noticias relacionadas
HUNDREDS OF NEWS AND INNOVATIONS WERE PRESENTED AT EXPOBIOMASA 2019
Spanish and Finnish companies hold more than 300 B2B meetings in Expobiomasa
Expobiomasa 2019 exceeds forecasts and receives the visit of 16.540 professionals
Related exhibitors
Our Exhibitors
More than 500 exhibitors will present the latest developments, products and technologies available in the international market.
Know them