The demand for biomass for energy uses soars in Galicia 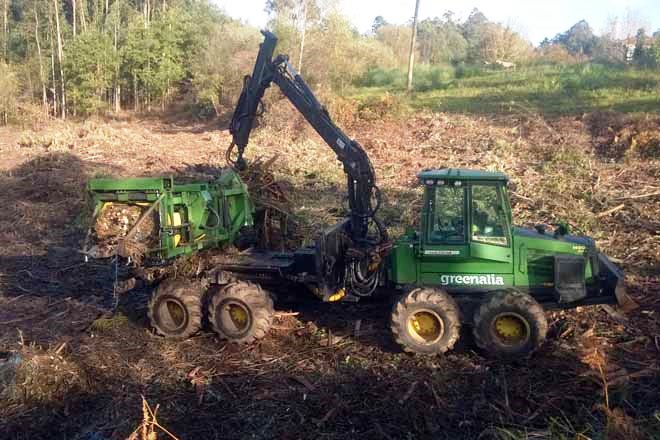 Galicia will quadruple in two years the installed capacity for consumption of logging remains, going from 476.000 tons to 1,7 million tons, according to the report of the Xera timber chain

Galicia is entering a time when the resources of the mountain charge a new value. Climate change requires reducing fossil fuel consumption, which encourages the take-off of alternatives such as the use of residual forest biomass for energy production. In two years, Galicia will quadruple its installed biomass consumption capacity, from the current 476.000 tons to 1,7 million tons, according to the report of the timber chain presented by the Axencia Galega da Industria Forestal (Xera).

If one considers that the Galician mountain produces between 1,5 and 2 million tons of logging remains every year, the conclusion is clear. The remains of short will soon become a coveted resource in the bush. The first step of demand will rise in early 2020, when the biomass electric power production plant that Greenalia is assembling in Teixeiro (Curtis, A Coruña), which is expected to consume more than 500.000 tons of remnants of remains, enters into operation. felling

This project will be followed by different initiatives of the forestry industry to increase its consumption of logging debris and by-products of its manufacturing process. The board factories have planned replace your current fuel cogeneration system with biomass, with which they generate heat for their industrial process and electricity for the network. That change, together with the increases in consumption of Ence Navia and those that Ence Pontevedra may undertake, will bring about an increase in the installed capacity to use the residual biomass of another 700.000 tons in 2021.

The equation is completed with the biomass power plant that Forestalia is raising in El Bierzo and that will theoretically supply part of its demand in the Galician market from 2020, as assessed in the Xera report, in which it is calculated that the total demand for Galician forest biomass for energy uses can be around 2 million tons in 2021.

Related exhibitors
Our Exhibitors
More than 500 exhibitors will present the latest developments, products and technologies available in the international market.
Know them
Noticias relacionadas
Is using biomass to generate heat part of the solution to prevent fires in Catalonia?
ECOFRICALIA, new representative of MAESMA Wood Technology
GALIFOREST ABANCA arrives, the forestry fair of Galicia