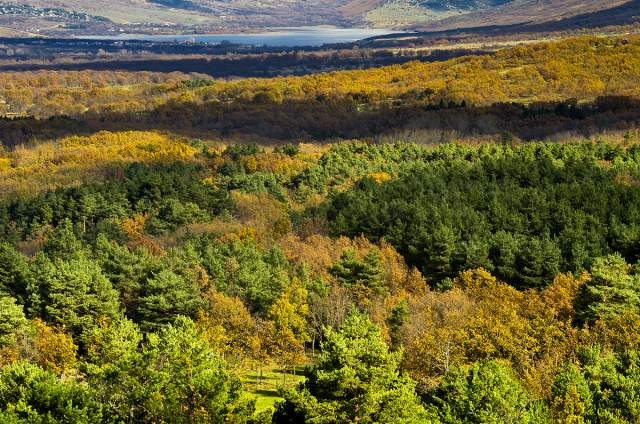 RED III, immersed in the long approval process, could significantly modify the current RED II, including sustainability criteria for biomass that are even more restrictive and unaffordable for Spain from all points of view

The forestry and bioenergy sectors, the administration and conservationists warn that the use of biomass is vital for the adaptation of our mountains to climate change and thus reduce the virulence of forest fires.

The EU is preparing a new directive on renewable energy (RED III) that could include amendments that the forestry and bioenergy sector in Spain consider would go against improving the resilience of Iberian wooded masses.

The webinar organized by the Forum on Forests and Climate Change, in which Avebiom, Ence, Sacyr, the Confederation of Foresters' Organizations of Spain (COSE), the Ministry for the Ecological Transition and the Demographic Challenge and the conservation organization Greenpeace participated, “Use of biomass as a strategic forestry policy in the face of climate change” was discussed

During the webinar, all the speakers were unanimous on the need to take advantage of the biomass of Mediterranean forests, particularly Spanish ones, so that they can optimally adapt to climate change and, very importantly, reduce the power and danger of forest fires. .

According to the latest National Forest Inventory (IFN), Spain has been accumulating wood in the mountains since the 90s. Every year, the mountains add 46 million cubic meters more, of which only around 40% is used (while in Europe the average is 65-70%) causing such an accumulation of biomass, and energy, which complicates, or even makes it impossible, to extinguish a fire if it starts.

RED III, immersed in the long approval process, could significantly modify the current RED II, including sustainability criteria for biomass that are even more restrictive and, from all points of view, unaffordable for Spain.

FULL NEWS AND WEBINAR AT: AVEBIOM

Related exhibitors
Our Exhibitors
More than 500 exhibitors will present the latest developments, products and technologies available in the international market.
Know them
Noticias relacionadas
The Government reduces VAT for pellets, briquettes and firewood to 5 percent until December 31, 2022
140 MW FOR ELECTRICITY GENERATION WITH BIOMASS IN THE THIRD AUCTION
The installation of biomass equipment in Spain breaks records again during 2021