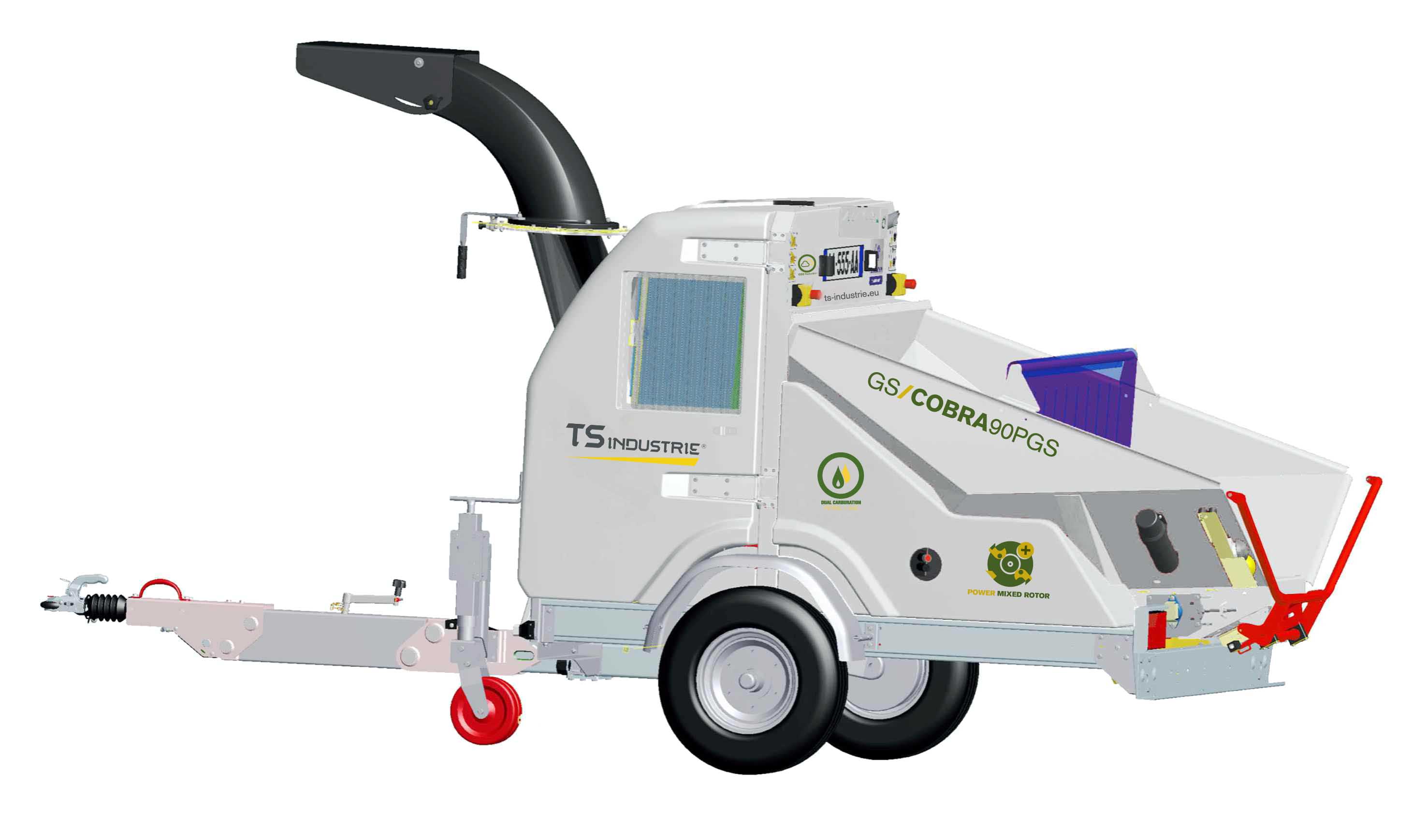 The COBRA 90 PGS of the GREEN series by TS Industries, which already has four units operating in the city of Paris, is presented at Expobiomasa equipped with a Kubota WG3800GL dual carburetion engine and electronic control system.

This new model can work with gas or gas, and has the ability to change from one to another, at any time, while we work. In addition, with double deposit (50 Lt. of gasoline and 13 Kg. Of gas) the COBRA 90 PGS gains autonomy; Just released to the market, the city of Paris has already requested four units.

Greater efficiency and less energy need, thanks to the new patented mixed rotor:

- Greater inertia thanks to its new design

Stéphane Courtois highlights: "The number of cities and municipalities that seek to reduce their emissions of particulate pollutants is growing. Likewise, there is a greater concern regarding the perseverance of the environment among professionals in the garden and pruning. Thanks to this innovation, we fulfill an important need of our customers. In addition, the combination of the Kubota WG 3800GL engine and the control system of the PILOT SYSTEM SWING machine - allowing three different levels of engine speed, depending on the type of material to be shredded - contributes to significant fuel savings and oil consumption . Offering the most modern shredding improvements, the new patented twin hammer and blade rotor also helps save energy. "